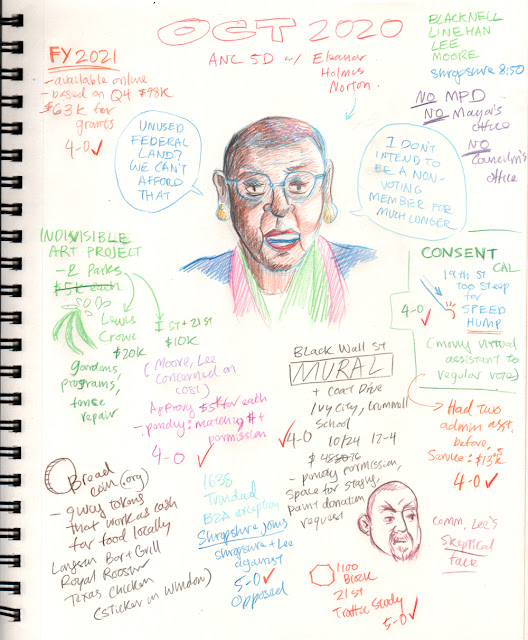 For ANC meetings, I’m going to try and summarize what happened, with a bit of my own commentary and analysis mixed in. You can watch the entire two-and-a-half hour meeting on YouTube. You can also find the agenda from the meeting here. This is a long one, and I’m still figuring out how I want to cover these meetings, so let me know in the comments or on Twitter.

Representative Eleanor Holmes Norton spoke to ANC 5D last night, giving “a once-over lightly” of her accomplishments in congress. “The best news is that the president is so far down in the polls that I don’t see how he can be elected in any honest election,” she said.

Rep. Norton touted her work advocating for D.C. statehood as well as securing federal land for use by the city, including the Wharf, the Capitol Riverfront and the old Walter Reed hospital campus. Her main attribute, she said, was her seniority in the House, which she called “priceless.”

Asked about fighting gentrification, she said that she wasn’t sure how to do that and that the city has and always will be a balance of white and Black residents. In answering a question about D.C. prisoners being held in far-away federal prisons, Norton said she was working on a bill that would at least move prisoners to facilities in Maryland and Virginia. Closer to home, in ANC 5D, Norton was surprised to hear about residents' interest in reopening pedestrian entrances to the National Arboretum and using the Crummell School property in Ivy City, offering to help if she could.

The consent calendar was quickly adopted by the commissioners. There was a little conservation about how the virtual assistant service would be cheaper, easier and less complicated than hiring an in-person assistant, which the ANC tried to do twice recently but in both cases the assistant did not last long in the role.

Laquavia Alston, representing the Indivisible Art Collective, brought two projects for grant funding. In both Lewis Crowe park in Ivy City and a lot at I Street and 21st Street in Carver-Langston, the group would build a community garden, a farmers market and create programming for neighbors. But commissioners grew wary as the budgets were corrected in real time from $5,000 each to $20,000 and $10,000 respectively. “That’s half of our budget,” said Commissioner Lee, proposing instead to fund the original amounts. Commissioner Moore got a laugh talking about how she was having difficulty keeping pests and wildlife out of her own garden. “They are eating my beets,” she said. Ultimately the ANC approved funding a maximum of $5,000 for each project pending some other matching funding and written permission to work on both sites.

Similarly, Yoshi Cockrell’s $4,876 proposal for a Black Wall Street mural-painting and coat drive event in Ivy City was granted based on a few pending conditions: written permission, safe space to gather and social distance and an attempt at getting supplies (mostly paint) donated from W. S. Jenks & Son or Monarch Paint, both within the ANC. “I’m excited at the prospect of having some art to look at,” said Commissioner Linehan.

There was an interesting presentation from local nonprofit Breadcoin, which I plan on following up on with a full post later. In short, they fight food insecurity and hunger by giving out physical tokens good for $2.20 each in food at participating restaurants like Texas Chicken & Burgers on Mt Olivet Road and Royal Rooster on Benning Road.

The ANC has the responsibility to approve or oppose developers seeking exceptions to zoning regulations, and last night’s meeting had a lengthy and complicated debate in this category. The owners of 1638 Trinidad Ave are converting a rowhouse to three larger, family-sized units but need approval for certain changes, including the conversion to a condo building and removing a yard next to the building. In June, the ANC’s Zoning & Development subcommittee approved the project and they presented it last month.

But Commissioner Lee had issues with the project, saying that the front of the building would not match the attached house and surrounding homes (3D model below). “We’re not a historical district,” he said, but nevertheless he thinks that the proposed changes should match. At this point Commissioner Shropshire, who has been absent from meetings due to personal reasons, called in to say that “the neighbors said they felt harassed by the realtor or the developer.” The owner, identified as Brian, said that “we have not been pressuring them to do anything they don’t want to do” and claimed to be no longer be seeking an easement — permission to use a part of another's land in a specific way — from the neighbors. In case the Board of Zoning hearing was not postponed, the ANC voted to oppose the case, five to zero. 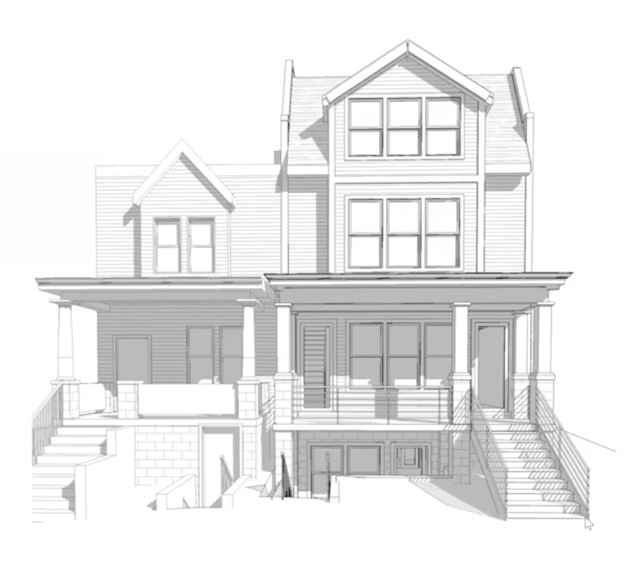 “The development of the neighborhood is putting stress on our regular neighbors,” Commissioner Lee said. “Our taxes are going up.” Commissioner Lee said he was concerned that the creation and sale of expensive condos in the neighborhood was driving up property taxes for elderly neighborhood residents on a fixed budget and that “people are losing their homes.” Lee said that “there’s some resistance to change” from elders in the neighborhood. But most of the proposed changes to the building can be built as a matter of right within the law, whether or not the ANC approves them. In my opinion, the Zoning committee commended this project for pursuing family-sized units and it would be a shame to reduce the size of any of them just so the front matches the house next door. Still, no one should be intimidated or harassed by developers, least of all elders who have lived in the neighborhood for 40 or 50 years. This case will likely continue as the developer seeks letters of permission from the neighbors and approval from the ANC. Let me know what you think in the comments.

As usual, the community had a lot to say about illegal dumping and 311 requests not being addressed by the Department of Public Works.  “I’m at a loss,” said Commissioner Linehan. Commissioner Moore said that she had spoken with DPW and they said that they had lost some supervisors recently who served the area. “We’re asking for resources, that for a variety of reasons, they don’t have right now,” said Moore. In the future, she said, the ANC may want to look into new strategies for dealing with trash dumped on streets and in alleys.
Notably, no representative from the police, Mayor Bowser or Councilmember McDuffie spoke at the meeting. And while ANC candidates Zachary Hoffman and Sebrena Rhodes made comments, no candidate introduced him or herself in the meeting. Commissioner Motley was absent with no explanation and the 5D06 seat remains vacant. The next meeting is November 10, after the election.
Drawn notes by me, Josh Kramer. Screenshots from the YouTube video of the Zoom meeting.
Labels: 1638 Trinidad ANC ANC meeting Breadcoin Eleanor Holmes Norton illegal dumping Indivisible Art Collective statehood 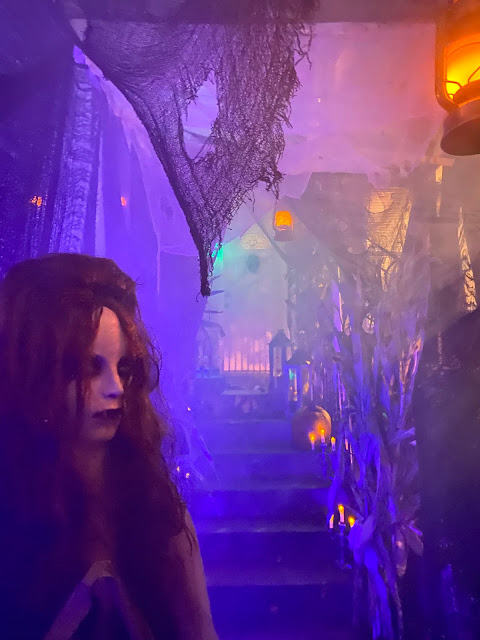 The Best Haunted Rowhouse in D.C. 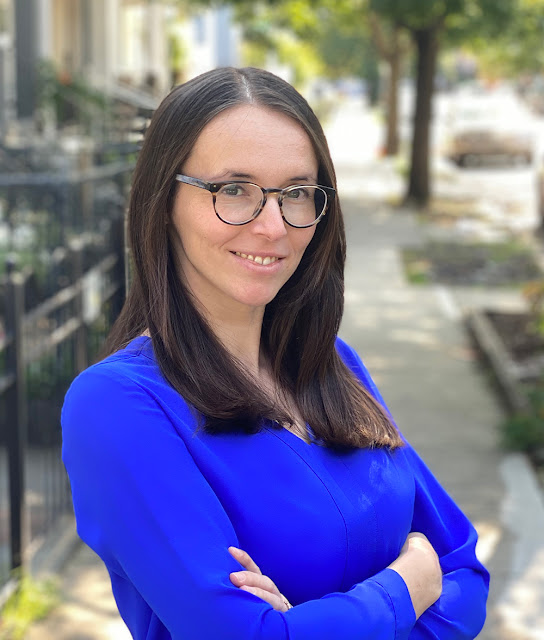 Josh Kramer
I'm a freelance journalist and artist living in the SE corner of Trinidad, in Ward 5, in Northeast, Washington, D.C. This site is primarily for residents of Trinidad and the surrounding communities. Tips: Joshkramercomics@gmail.com